To Be or Not to Be – That is the Spiritual Question 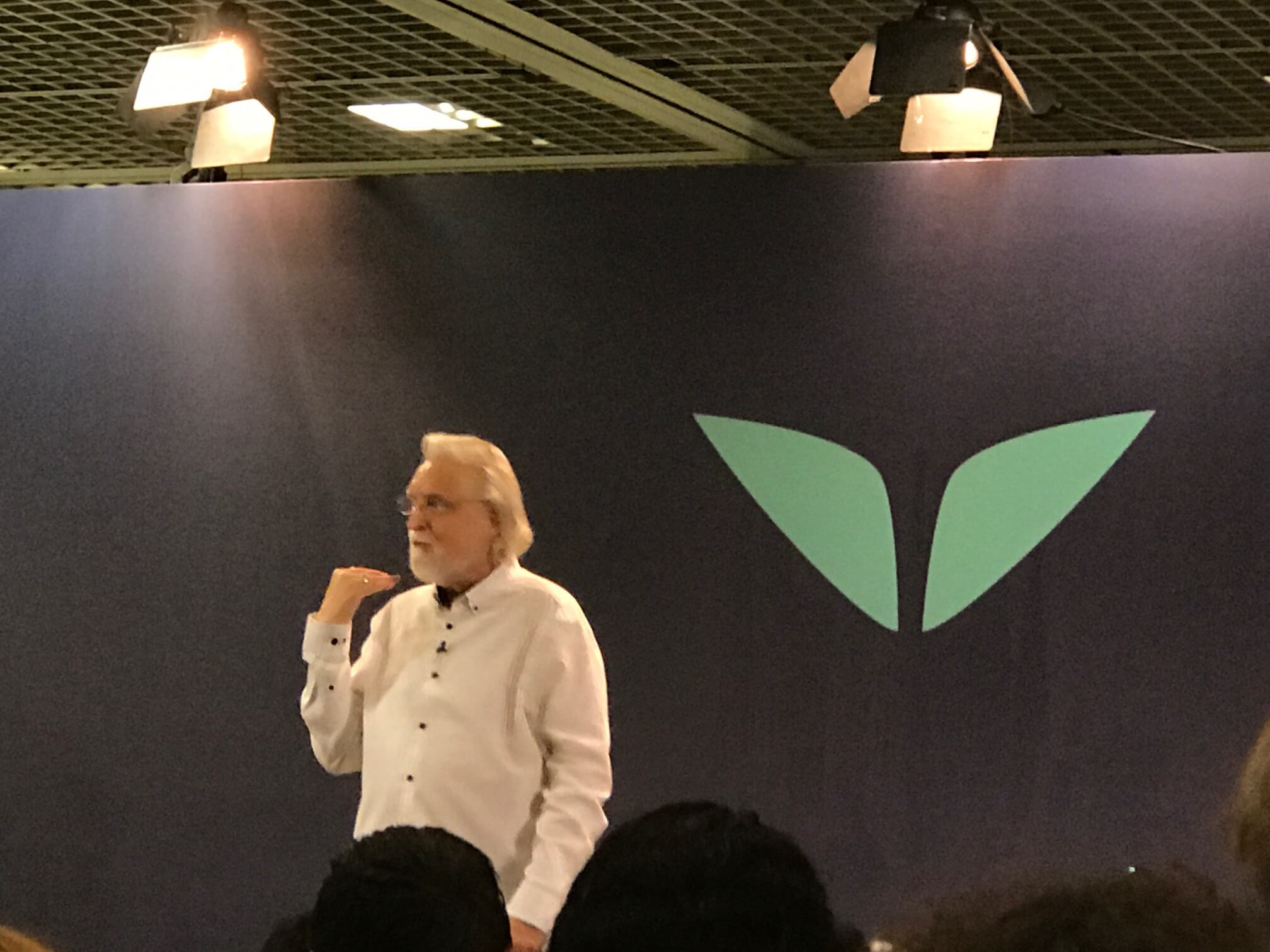 Is the title of Neale Donald Walsch’ fourth book in the bestselling Conversations with God series.

One hundred and fifty inquisitive souls, originating from Amsterdam to Zanzibar and I, spent 3 days inundated in Neale’s Wisdom and Clarity, in Barcelona, this weekend.

With the energy of a rebellious sage, Neale entertained all our questions about a variety of subjects from Angels, over the dying experience, to the more evolved extra-terrestrial species that are using our planet as a school example of how NOT to do it.

For the novices to Mr Walsch’ work, who are reading my blog: here is some shocking news: WE All Talk To God

But call it “an epiphany”, “ a brilliant idea” “ a stroke of luck”, “women’s intuition”etc… ( I have called this benevolent conscious energy “my Angels” in my book My Surgeon Talks To Angels).

People use these words to avoid incarceration in a straight jacket, in a mental institution with white soft walls, Neale explained. Medically speaking people who think they hear God or Angels are called delusional ( aka crazy). My argument against this is that they would have to lock up half of humankind with a definition like that. Isn’t half of the world religious or at least believing in the existence of some invisible energy/ source/the universe/ higher self/ consciousness? I am talking about that power that makes our hair grow and oak trees bud out of a tiny seed.

Shocking insight number two: We Are All One, like 80 billion fingers on God’s hand.

When you hurt/shoot/bomb another, you are violating yourself.

Hence we are not really as evolved a species as we like to give ourselves credit for, with our nuclear technology versus the developing world starving and lack of sanitation causing massive childhood deaths etc.

This realisation really hit home. Having worked myself as a Doctor Without Borders (and other voluntary missions as an eye surgeon), in African countries for seven years, I am very aware of the hard life of the uunderprivileged

The lack of clean water in Cameroon caused severe dysentery in myself and avoidable death in infants. I barely survived amoebae and tropical worms colonising my gastro intestinal system in less than a week. Between performing cataract operations, I would lie in the foetal position on the cool concrete theatre floor with excruciating abdominal cramps and diarrhoea.

Not being able to catch any sleep with gazzilion insects zooming against my mosquito net, I was so dehydrated that I had 8 showers a night, not phased by the millions of thirsty ants in my shower or lizards in the toilet bowl. When I finally got of the plane back in Charles de Gaulle, Paris, I did a happy dance in the rain.

Since that time, I always bless the water that comes out of my taps at home. The water that I drink ( glorious COOL water), shower in, bath in ( glorious WARM water), swim in… It is a gift we take for granted while billions of fellow fingers ( our human brothers and sisters) don’t have access too. This realisation made me feel so sad, I stood up to ask Mr Neale Donald Walsch the following question:

How can I reach more people worldwide to embrace their divinity?

After all, I presumed that if every human became aware of or awake to their connectedness to the whole species, they would all be compelled to do something to improve on the lives of the less privileged. Problem solved!

Completely out of the Divine Blue, Neale’s answer made me break down in tears. “ You have done more than enough”, he said. “ You are a healing presence in your workplace”, “ You have volunteered in Africa and worked with Doctors without Borders”, he added. “ That is more than enough!”.

“ How many people have you touched with your book” My Surgeon Talks To Angels?”, he asked, “ One?”.

“ My book has touched more than one person’s life”, I uttered, remembering the heartfelt warm feedback I have received from many of you, soulful sisters (and brothers to a lesser extent).

“ But not everyone is in this privileged position to have access to your teachings or my book”, I protested, thinking of the shacks in Soweto and other huts in electricity and water-free townships in Africa.

“They don’t have access to Amazon”, I thought in frustration. What would God have to answer to this one, I wondered. Neale had left the stage and walk to the back of the room where I was seated. He put his hands on my head and on my shoulders and whispered in my ears: “ You Have Done Enough, you sweetheart.” Then he kissed me tenderly on the top of my head while the tears kept running down my cheeks taking mascara and Mac foundation with them in this avalanche of sorrow for the state of the world, my beloved earth, my brothers, and sisters…

Shocking revelation number three: Be-Do-Have instead of Have-Do-Be will be explained in next week’s blogpost.

It is HUGE and LIFE CHANGING!

If you can’t wait, I recommend you read all about it in Neale Donald Walsch’ books.