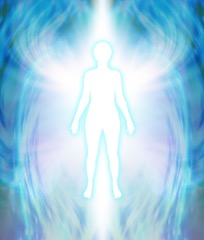 Astral travelling feels like the most natural thing in the world to me. Many times people ask me how I do it. But the process was always so seamless and natural that it is hard to break down the experience. It started as flying with Angels as a child. It was like they were taking my hand and we were going on a trip. On one level it feels as if my spirit leaves my body. I can travel at the speed of light.  I just asked my Angels to take me somewhere and it happened.

I did it without ever reading a book about it. It was only years later that I put a name to it.

This is very different to dreaming. You actually leave your body and you can float over it and see it.

As a little child, my parents always put me to bed way too early around 5pm in the evening and told me not to come out of my room. They wanted to get rid of me so they could watch TV. I was not tired and I was bored.  I used to think: “Where should I go today?” I would think of where I wanted to fly – see Africa, visit a friend, and see the sun. I may have heard the words but I didn’t actually know where Africa was. I had a vague idea because of the Tintin stories my father read to me. I would close my eyes and just will it to happen.

My body would relax in a very deep way and in seconds I would flash out of my human vessel.

Sometimes I would hang around in  my bedroom for a bit. When I started I would explore the town, the streets and friend’s houses. But I started to go further and further. As I got braver I could move to places in a flash.

I met people along the way. They were not real people but beings on the soul plane. It felt so familiar. I just wanted to hug them and stay with them, but I am not sure who they are in real life.

As I fall asleep, I would think: “I want to be there” and I would arrive there in flash. I can travel anywhere on our planet or others. The same process is repeated when I want to return to my body. I simply think it and I am there. I am back and everything is normal. The room is around me and I see everything.

While I am travelling I look as if I am asleep. If someone could see my body I would look asleep but I am very conscious. If someone spoke to me I would eventually hear him or her, return to my body and wake up slowly. Returning to my body usually happens in an instant. Sometimes I could not get back into my human vessel and that seriously freaked me out.

I also left the planet and went into space. I never landed on a planet or the moon! But I would just fly into the universe and there was the most enormous sense of freedom.

My astral travels took about an hour or two. Whenever I felt I had enough, I just came back. Sometimes I would have to return. If someone came into my room and spoke to me, I would zip back into my body and wake up painfully. Other times it was a choice to return. If I got sleepy I often knew it was time to go home. But I was always awake. It was almost like a bit of a jolt when I returned to my body. Most times it was dark and I was ready to go to sleep.

So what leaves and what stays? Well, your physical body stays behind. I wonder: the part of me that astral travels, is it my energy/ consciousness and is that the same as my soul and higher self? My mind was in control. I recall being very conscious and in control. So at one level it was my consciousness. I had no idea of what was happening to my body at all.

One problem I have found is that once my soul leaves, the body is an empty shell and at that time it can be invaded by other beings.  As a child I didn’t think of any dangers. And luckily none appeared.