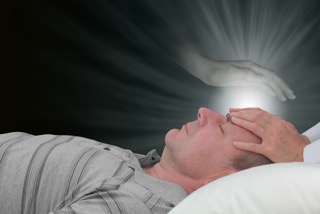 Working with Death: My first experiences of patients passing over

As part of my practical work as a doctor I had to volunteer as an unpaid nurse-aid in the unit. I was given a specific job as a junior. I started out doing basic jobs such as taking patients’ blood pressure. It was very useful to learn what nurses actually do and how they spent their time. I learned that nurses have the hardest job.

Then I was asked to provide palliative care and bathe and tend to the people who were about to die.

It wasn’t the most pleasant job but I was gentle and kind. The patients came in with heart attacks, heart failure or in the last phases of terminal diseases. They were hanging on to life and my job was to make their passing as gentle as possible. Most of those who were admitted were dead the next day. I would tend to them, have a chat, and bathe them.

I tried to make sure they died happily, having being nurtured and cared for.

My first case was an old man who was about 90 years old. I was very young and wearing a nurse’s outfit, and I was terrified to be around someone who was dying.  The nurses told me to wash him. He was old, skinny and barely alive. I very carefully had to wash his wasted, skinny body. An extraordinary thing happened. As I walked into the room, I was hit by a wave of elevated energy. I can only describe it as feeling as if all the hair on my body was standing up. It was a heightened feeling. At the same time the overall feeling was peaceful and loving. The entire room pulsed with it.

As I was very young and hadn’t washed an older person before. I was nervous and embarrassed to wash an older man’s genitals. Was it too cold? Too hot?  But I couldn’t talk to him, as he didn’t respond. I just took my time and washed him as if I was washing someone who was asleep and who I didn’t want to wake. I didn’t really know what was going on. The dying process was all new to me. I hadn’t experienced how fragile but peaceful people end their lives.

I knew he was dying. I knew it was good for him. But the spiritual energy around me was growing stronger and stronger. I knew that it was all all right and they were waiting for him.

If you asked me ‘Who was waiting for him?’, I would tell you: his deceased family.  It was so obvious to me. They were in the room. His family who had already passed on and also his Angels were there. They were all waiting for him. But how did I know that?

They surrounded me and it felt wonderful, so I knew they were there.

I felt as if I was in a warm space that felt like home. It was familiar and loving. I can understand why people who have a Near Death Experience feel like they want to stay there, in the next station, in the Light. It is pleasant. There are no earthly troubles and you can be in a place that just feels light and loving and limitless.

It was strange to be alone with someone in the twilight zone between life and death and to feel this powerful pull from the spirit world.

This man was my first experience with someone who was dying. But working in this unit exposed me more and more to people who were in the last breath of life. At the same time someone from my own world was dying. So I was confronted with death at every turn. I didn’t realise it yet but I brought comfort to people in hospitals. It is why I am drawn to them and I feel right when I am with sick people.

I learned then and there not to get emotionally too close to my patients.

When the first few patients died I was devastated. Then I pulled back emotionally. I gave them my time but I didn’t take the experience home with me.